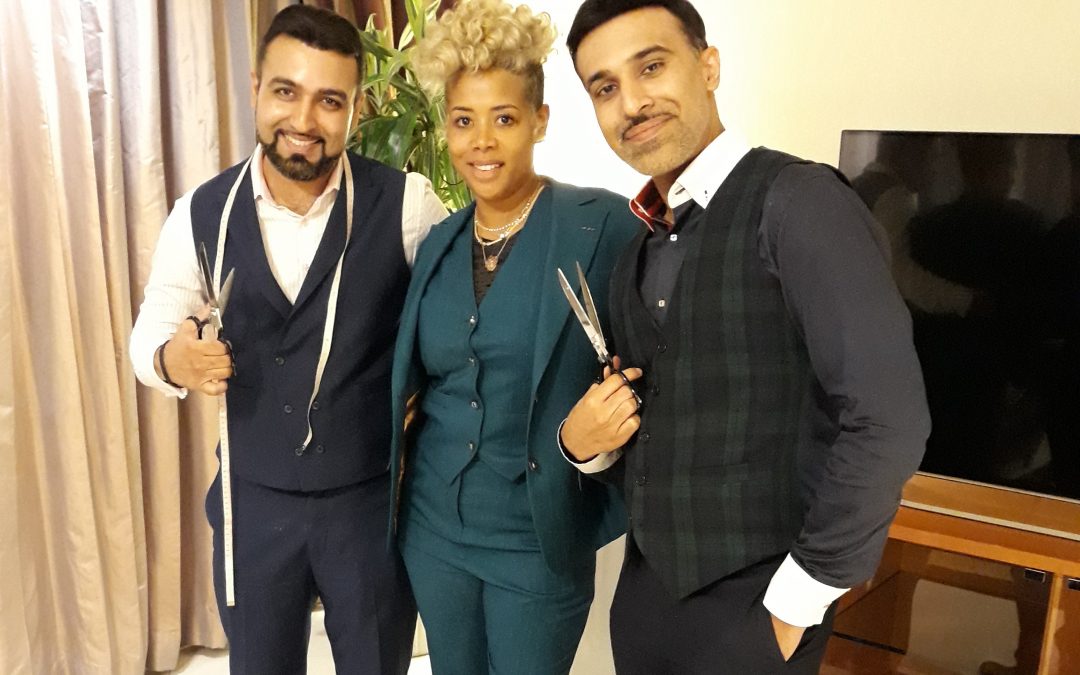 It would not be too far fetched to say that finding someone who has not had the all time hit song “Milkshake” stuck in their head once upon a time would be rare. When the opportunity presented itself to craft a bespoke suit for Kelis – singer of the multi award winning hit song ‘Milkshake”, the bespoke tailors at Knights & Lords immediately put themselves to work.

Kelis is someone who has a very flamboyant personality and her love for colors is apparent in what she wears everyday. Ashish and Pawan, Bespoke tailors at Knights and Lords, came up with the idea of making a suit using a turquoise green linen and wool blended cloth. To balance the bright color, Kelis suggested it be made as a three piece suit so that it can be worn during formal settings and still be a reflection of her personality.  Ashish and Pawan of Knights & Lords decided to put a gold lining inside her suit to symbolize the singer’s heart of gold and her warm nature.

The entire journey of crafting the bespoke suit for Kelis was captured in pictures which can be seen below: 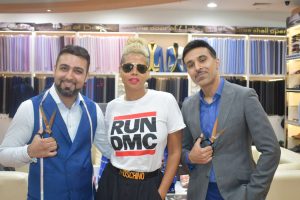 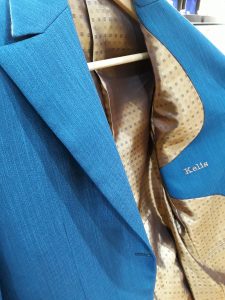 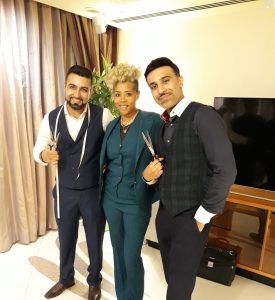 It was the first time for Knights & Lords to craft a suit for a female artist and a lot of responsibility on the shoulders of Ashish & Pawan to do justice to it. We were happy the first lady celebrity they crafted a suit for was the legendary Kelis whose song has lived on for over a decade in people’s heads and hearts.It is certainly a valued star on the list of celebrity client’s of Knights & Lords and a feather on the hats of Ashish & Pawan.