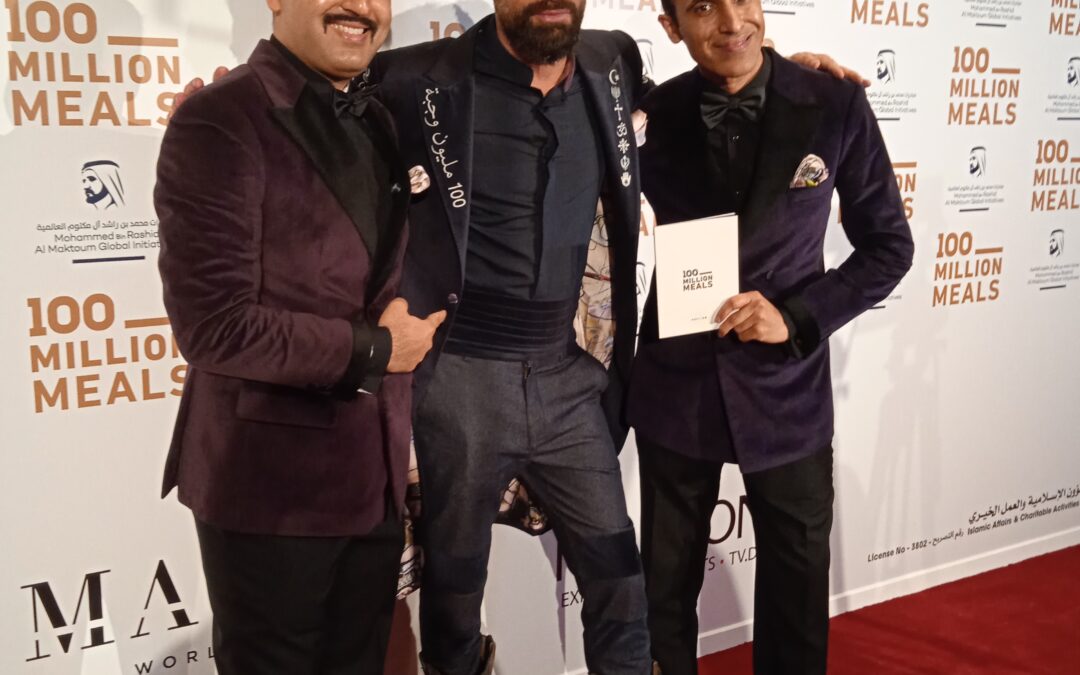 Sacha Jafri the most valued artist of our time and is the Guiness World Record holder of making the ‘Largest Painting on Canvas” in the world known as Humanity Inpired. This painting eventually got auctioned for 62 Million Dollars and the proceeds were given for charity towards education for under privileged children in the world.

Sacha Jafri needed a Bespoke creation that would be reflection of who he is which he was looking to wear during the private auction of his art pieces for the gala dinner of the 100 Million Meals charity initiave of His Highness SHeikh Mohammed Bin Rashid Al Maktoum, Ruler of Dubai and Vice President of the U.A.E. The task of crafting this Bespoke Creation which was to be worn by Sacha Jafri was given to Pawan and Ashish Ishwar of Knights & Lords Bespoke Tailors in Dubai.

The creation was such that it embodied all the characteristics and values Sacha Jafri stands for by encapsulating all his different facets of being an artist and a Humanitarian in one single garment. Pictures of this unique creation can be seen below: 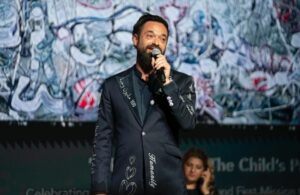 Sacha Jafri presenting his painting during the 100 Million Meals Auction 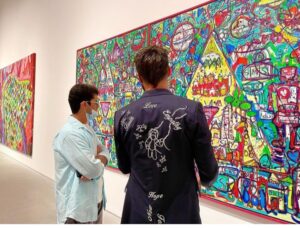 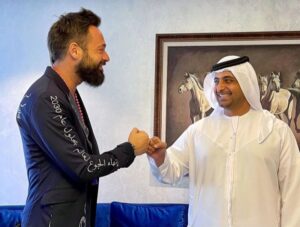 A Bespoke Creation made by Ashish & Pawan Ishwar of Knights & Lords Bespoke Tailors in Dubai that equiped Sacha Jafri during the auction which eventually raised close to 6 Million Dollars towards the 100 Million Meals Charity Campaign of His Highness Sheikh Mohammed Bin Rashid Al Maktoum.